The 2015 SQL Server Ireland User Group Lightning Talks extravaganza took place at Microsoft in Sandyford last Tuesday evening. 10 local speakers lined up to test their speaking skills and share their MS SQL Server knowledge while keeping one eye on timekeeper Marco Blassio. Marco made sure that things ran on schedule by ringing a big alpine cowbell for anyone who ran over time!

Going by the audience response, adding a StarWars theme to my Master Data Services talk worked a treat. The issue is that with previous versions of Master Data Services, you can’t share data across models. It’s a bit like saying you can’t write a SELECT statement to join a table in one database to a table in another database. Or someone playing an old Jedi mind trick on you like “these are not the tables you are looking for”. 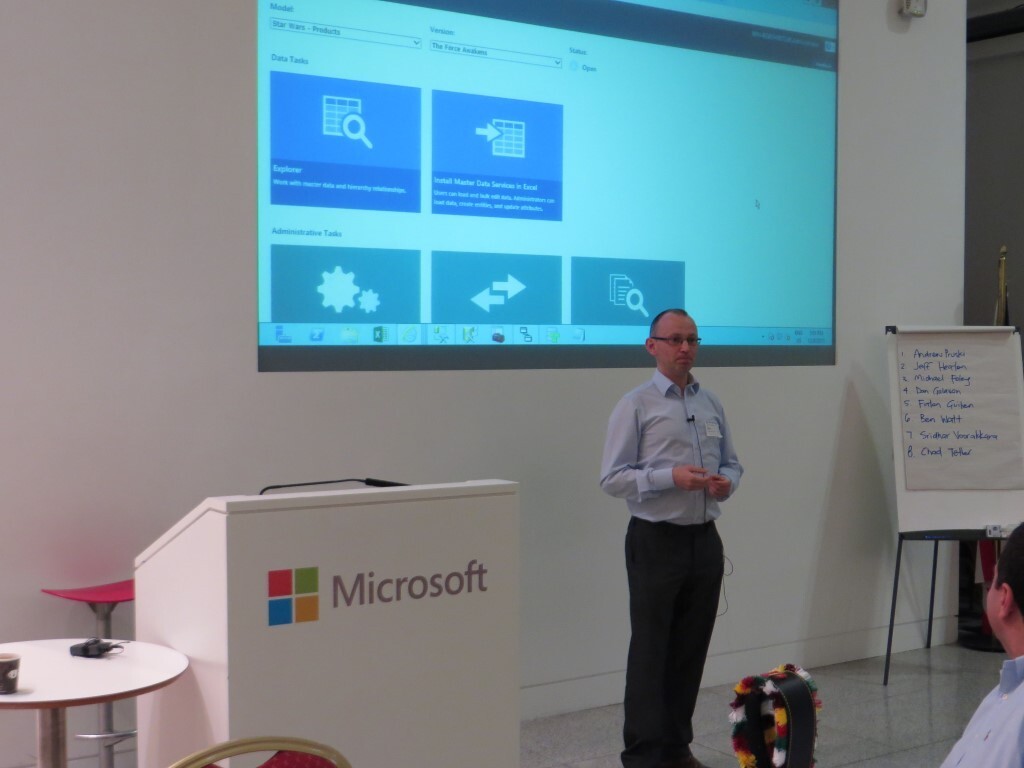 Presenting at the Dublin SQL Server User Group in Microsoft

With older versions of MDS if you are trying to capture relationships between Master Data entities it can make the MDS versioning functionality redundant; you may find that all your entities end up in one model – how often will a large number of entities be ready for versioning at the same time?

While the new SQL Server 2016 entity synchronization functionality may not be as exciting as the swoosh of a light-saber or the howl of an X-Wing engine, it is powerful, and makes Master Data Management in MDS more granular.  With SQL Server 2016 entity synchronization you now can share data across MDS models. For example breaking the Master Data into subsets to be managed by different Data Stewards or departments while still capturing the entity relationships and version the data.

Thanks to the Dublin User Group Board – Bob Duffy, Carmel Gunn, Marco Blassio and Ben Watt – for organizing a great event and a great year, and looking forward to 2016 not least SQL Saturday Dublin on June 28th 2016.